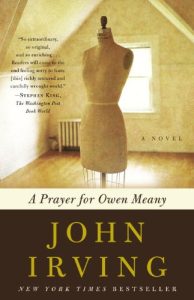 Owen Meany is a character in a book who believes he is God’s instrument. This belief is put to the test when, during a Little League baseball game, he hits a foul ball that kills his best friend’s mother. The resulting events are both extraordinary and terrifying.